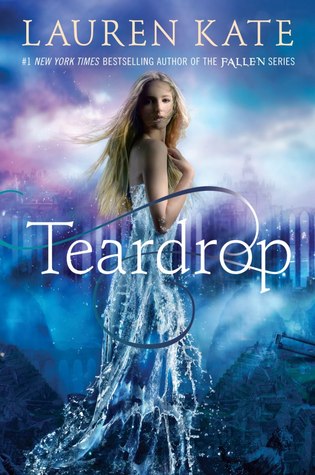 When he pressed his lips to hers, she was not surprised. It happened the way the sun rose, the way a flower blossomed, the way fain fell from the sky, the way the dead stopped breathing. Naturally. Inevitably.

First thing you should know about me as a writer is that I’m…wordy.  First draft of the first book I ever wrote came out to a whopping 212,000 words!!!! For perspective, your average YA Fantasy will run you 75-95,000 words.  Needless to say I had to cut A LOT.  I’ve gotten, to brag on myself a little, pretty good at cutting out useless stuff to get to the good parts.  And all of that is to say this:

I could have cut between a third to a half of this book and it would have been SO much more interesting.

I try not to read GoodReads feedback until after I’ve read a book because I don’t want it to jade me.  Or the occasional spoilers.  But pacing seems to be a common thread with this one.  I sped the audio book up to 1.4 and eventually 1.6x normal speed, which seemed to help, but I’m pretty sure I would have skimmed pretty hard through this book.

Also, sometimes you don’t really read the synopsis of a book and then you listen to the prologue and you’re already hooked into the story by the time you realize the main character’s name is…Eureka.

I mean, really?  But sigh…either way.  So without knowing it, Eureka has been stalked her whole life by a mystical kid named Ander, who is of course the prettiest boy she’s ever seen.

But then there’s also Brooks, the good-looking best friend to overlook.  You know, because there’s a mysterious new boy who’s vague but pretty.  Oh, and you know, he was supposed to help kill her to save the world, but she’s pretty, too, so….

So I’ll say it now, I probably will not read book 2 in this series, though I may cheat and find a wiki summary for it.  I like Brooks better than Ander, who doesn’t seem to have much going for him other than mystery and looks.  And Eureka takes a frustratingly long time to figure things out.  Plus she finds the weirdest things attractive.  Like that quote…the kiss was as natural as the dead stopping breathing?  Not exactly the romantic metaphor I’d be going for.  Also, when she sheds a tear and Ander uses his finger to take it off her face and PUT IT IN HIS OWN EYE she somehow thinks it’s both weird and “sexy” at the same time.

K.  Well, you do you then.  It’s pretty clear for the reader rather early on that Eureka’s tears and even emotions can cause weather changes.  But it takes her until almost the end of the entire book to figure that out.  Or what’s going on with Brooks.  But even when Brooks is in danger, she still finds time to make out with Ander a few times.  (Reminds me of the main character in The Iron King that I didn’t like for some of the same reasons).

Really it’s not a terrible book.  But some tweaks in the love triangle and some chopping up in the pacing probably would have kept me interested enough to read book 2.  The only thing I’m worried about now is that I have Lauren Kate’s other series sitting on my shelf and more than the pacing (though the series is like 7 books long or something) I’m worried about the love story in it.  If you don’t handle a love story to my liking in one book, I’ll be hard-pressed to give the next book a try.

We’ll just have to see what that wiki says…

Check out some of our favorite love triangles!